Hey hey hey, all you mischievous Fair Folk out there! August is here, and it brings it’s oppressive Summer Court temperatures with it, so there’s no way then to cool off with some creative writing exercises.

Codex Anathema is running this month’s installation of the RPG Blog Carnival, with theme of ‘Location, Location, Location’.  With how much time I’ve been spending on working on my homebrew world in my campaigns, this seems like something naturally I could write about- maybe not at full length that it would fill up an entire book, but at least the gist of it.

Let’s dive in then, shall we? I suppose for now, we’ll go into detail about a prominent focal point in the last two games I’ve run in said world: the Avehi Arcana Magitorium, located in eastern Chervaux, Faustus Kil.

Those Are Quite the Mouthfuls

To begin with, Faustus Kil is a world that’s been several games in the making: one campaign where I was a player and two as the Dungeon Master. The latter duo of games has it in it’s present, which is a strange magipunk society. Here, technology and the arcane develop side-by-side, and oftentimes merge with one another for advancements that should not be possible.

In this world, there are several primary countries. Smaller ones are being added but they are negligible in size:

Short of it is that Chervaux is scary, hungry for materials and is always expanding, much to the horror of their Saumian neighbors who do not get along with them in the slightest. It is in Chervaux that the crux of this blog takes place: at the aforementioned Magitorium.

Not Your Grandparent’s Wizard College 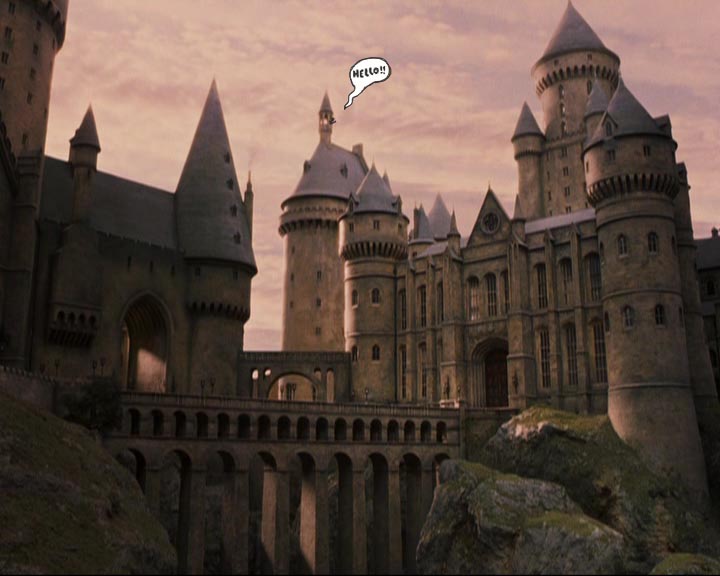 I can guarantee you that you’re probably thinking to yourself that this is a blatant Hogwarts rip-off. I promise you, its not!

The Avehi Arcana Magitorioum, or just called the Magitorium for a bit shorter, is located in the Terebin Mountains in western Chervaux. The land was chosen for its distance from most major cities (because having tons of magical students could lead to some possible disasters) as well as it being cheap, according to the Headmaster (we’ll get to him in a bit). It has off-site dorms in the capital city of Je’taime, accessed through a portal system installed in each location for ease.

The grounds of the Magitorium have your typical stuff: deep ancient forests, a lake that houses merfolk in it (students are told they really should not swim with them, but adventurous folk do it anyway), and the mountains themselves which are an important part of the terrain. It keeps anyone who would want to run and take over the school away, as well as provide many resources for the school’s staff and student body. Though things still need to be purchased from Je’taime, of course.

Education here is for seven years, though  by no means do you need to take them one year after another, nor is there a maximum age you need to be to attend. The minimum you need to be to enroll, however, is ten years old, as prodigies often happen and in a chaotic world of warring goverment factions, a Wild Magic Sorcerer who cant control their abilities is going to cause a liability for anyone not trained to deal with it.

The most dangerous year, by far, is third year.

Third year is where students are divided into groups of four to six, depending on the class size, and given a semester’s long research project. Sounds boring, yes? Not in the slightest, as each group is presented a series of books to serve as the basis of their projects. These topics can range from: finding what happened to the dwarven civilization, a lost druidic culture, documenting different apocalypse mythos across the realm. Needless to say, these are quite dangerous and the staff is willing to admit this themselves.

A Tree and His Dragon

The ever-esteemed Headmaster of the Avehi Arcana Magitorium, Professor Hemlock Evetide is a dryad of peculiarities. For one, one does not often see a male of his species and two, for a dryad to be seen away from their soul-tree (Dryads are bound to a tree that, if they survive the trauma of having it destroyed, are able to wander in the world away from it). This leads to a man of great resolution and pride in his scholarly works.

Evetide is also a rare type of spellcaster in Faustus Kil, a Summoner: a person who dabbles in making pacts with creatures, sort of like a Warlock in reverse. These Pacts are ever-binding and always  can be edited by the creature in question and the Summoner, as agreements are always changed depending on the situation one is facing. At least, that’s what Hemlock teaches.

Note: in order to even be considered to attend his courses in Summoning, you need to be at least a Third Year student, as its extremly risky:

“Why do you come to begin your research into this topic, if you know that you will be shunned for it?- not as much as Necromancy, perchance, but still. The life of a Summoner is one of scrutiny and constant clarification: see it less like a normal spellcaster and more like a newspaper journalist.

“We are not soul-binders, devil-worshippers and cultists. That is derogatory to our craft en large. A Summoner is all about consent; I teach that those who you make a Pact with are in a way, in your guardianship when you bring them forth. Equal treatment is  the name of the game, and those who do not respect the wishes of the Pact-creatures are not a sort I want to see in my classroom. Ever.”

–   Hemlock Evetide, on the premise of Summoning to his  Year Three students

And then there’s Minerva, Hemlock’s trusted Shadow-Touched Wyvern companion. Not a familiar but she might as well be considered one, as she’s pretty much never seen without her at his side. ‘Miss Shadow’ as students have gone to calling her, since she has a rather vain personality, need to watch out for her silhouette against the sky: she enjoys dropping things from great heights, including cinder blocks, bricks and deer corpses.  She is also affectionately addressed by Evetide and some brave students as Minervikins.

Fun fact: Minerva was named as such due to there being a character in Fire Emblem: Awakening who was a Wyvern Rider. Cherche’s name for her mount was Minerva. In part, she was also named this in honor of Professor McGonnagal from the Harry Potter series.

She has a roost somewhere in the nearby mountains, which she lets no one save her master enter. Even moreso is that the only one who may ride on her back is also the Headmaster.

You’re a Wizard, Harry (But Not Everyone Is)

As a magic school, the arcane and divine studies are the cornerstone features. But what most fail to understand is that the Magitorium serves as a normal college as well (magic is just what it focuses on).

There are classes for just about any subject, along with topics that are covered either in the classroom or in student run activities

There are even trips during the school year as well. One of the most anticipated is exclusively for Hemlock’s Summoning class, and that is the great migration of the Sky Mantas.  Yes, they have giant flying stingrays in Faustus Kil. You’re welcome.

Sadly, the Magitorium is not taking any submissions for its fall-winter semester, but hopefully the location itself caused you all some pleasure of enjoyment. You can listen to http://chapter one here, on the Flumph Cast channel under the campaign name ‘Many Eyes of the Magi’.

Support the monthly RPG Blog Carnival, run by Of Dice and Dragons! And make sure to hop on over to Codex Anathema, the hosts for this month’s traveling sideshow of clickity-clackity math rocks.